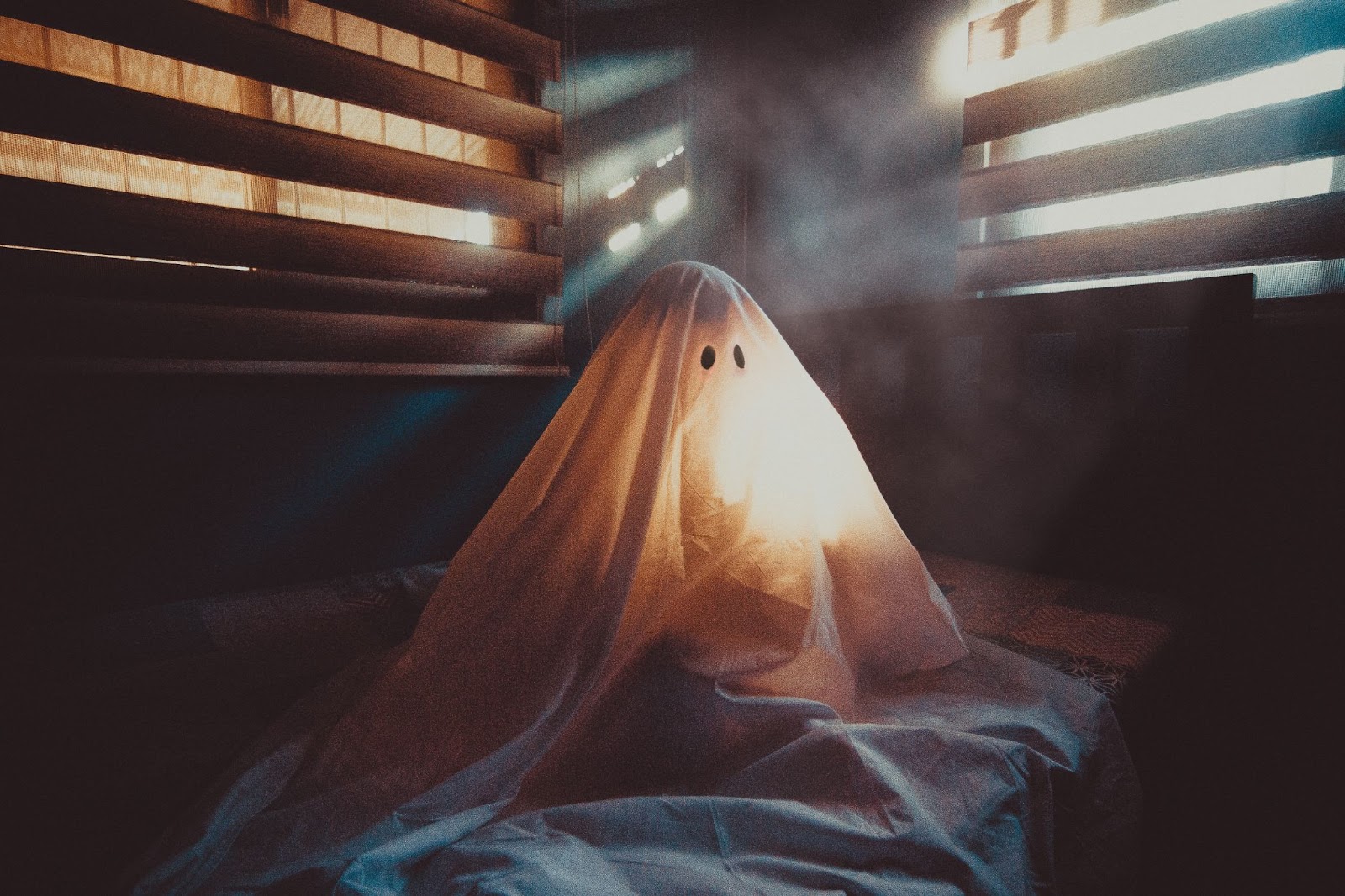 18 haunted places to visit in Oregon

Since the dawn of man, we’ve always believed in the supernatural. That we’re not the only ones living in this plane of existence and strange beings, some formerly human, continue to stalk us in the dark or under our bed. Though these beings are terrifying, there’s something compelling about them that oddly draws us to them.

Today at Sunset Motel Hood River, we’ll help you find these odd beings in Oregon and the strange tales that come with them. Who knows, they might even join you on your trip.

Defined by the horrors of war, this landmark has the eerie ghosts of soldiers’ past. Built during the American Civil War, this was a base of operations for many soldiers. Then in World War II, it also experienced some devastation as the Japanese fired on it from the Pacific Ocean.

Despite their untimely deaths, many of these soldiers continue roaming the Earth—waiting for a war that has already been over for decades.

In this saloon, the spirits served is that of the supernatural kind, not the alcoholic one. Though it’s unknown who the spectre haunting this saloon is, they’ve made their presence known to both guests and employees.

From making physical contact with people to giving the room a dark and creepy atmosphere, the ghost of McMenamins White Eagle Saloon is a being you don’t want to mess with.

High school can be a terrifying experience. You’ll have to worry about tons of homework, your reputation among your peers and…ghosts?! Yes, in this high school, the dead continue to roam the halls and live through history.

This spectre, often hiding in the auditorium, turns the light on and off as he sees fit. According to legend, this young lad, Robert Turnbull Grankey was killed when he was changing bulbs for a stage production in 1958. Meanwhile, heavy metal music fans beware—Robert gets angry when you play your music.

Ghosts have been known to induce chills, but the one in Bush House Museum brings the terror to a whole new level. Eugenia Bush, the daughter of the man who built this mansion, continues to roam the halls. Multiple reports claim that she terrifies visitors by making a room warm and comfortable, only to make it bone-chillingly cold after.

Though most ghosts are scary, the spectre in Candy Cane Park is a benevolent one. The story of a barmaid only known as ‘Dana’, ended tragically in 1983. Found barely alive in the park grass, and alone with an assailant, her head was chop something is compelled off with a hatchet.

There have been stories of her haunting a merry-go-round until it was removed in 2003. Now, Dana walks these grounds alone and continues to give warnings to lone travellers of the potential dangers ahead.

The horrible effects of rape can transcend from our plane of existence to the next. Known to have the voice of a woman’s screams at night, this park is a centre point of injustice and horror. This is because the screams of this ghost are that of a student named Thelma Taylor.

In 1949, the 15-year-old Thelma was abducted from under the bridge of this park. Later raped, tortured, and then finally murdered, Thelma’s remains were then placed under the driftwood. To this day, Thelma continues to scream for help for all eternity.

As a place of frequent death and deteriorating mental health, it’s no surprise this hospital is haunted. When it was still active in 2005, the many patients and doctors at Dammasch State Hospital were often distraught by strange noises such as disembodied footsteps and keys jangling throughout its halls.

To add to the creepy legacy of this hospital, it also has dark, creepy, and claustrophobic subterranean tunnels under it. Though a spirit didn’t appear, their ghastly presence can be felt within the dark and empty tunnels.

The Egyptian Theatre in Coos Bay

Even in the afterlife, theatre is always an interesting activity. This theatre is reportedly haunted by the ghost of an elderly woman. According to a DJ, she stalks the theatre’s lower stage area or is seen in the auditorium’s balcony seats.

Aside from crashing into another car or falling off the ledge, the danger in this highway is a strange, bloody-bandaged man with a sick sense of humour. The infamous bandaged individual is known as, you guessed it, ‘Bandagged Man’, is known to walk around this road. For fun, he is known to jump into passing vehicles crossing the road.

In this theatre, some horror movies might be more immersive than viewers think. As one of the state’s older cinemas, this one is known to have some dark history. The most prominent of these tales is about the little girl in a white dress who fell from the theatre’s balcony to her death.

Despite the death of her mortal body, her soul, like a camera, keeps on rolling. Some claim to have seen her terrifying apparition, while others say that they’ve also seen doors open and close on their own.

A cemetery is where the dead are buried, not the place where people should be killed. According to many legends, criminals have frequently been killed in this area. Now, they’ve returned and vengeful wraiths looking to wreak havoc upon the living for a second time.

For fans of horror movies, you’ll get to enjoy the thrills of seeing a ghost in Oregon. Yet another haunted cinema, this one is haunted by a gentleman ghost clad in white named ‘Handsome Paul’. According to the Clatsop County Historical Society, Paul doesn’t do much that bothers visitors. However, he has a habit of opening and closing doors at random.

The ghost of this park deserves the ‘employee of the century’ award as he still roams the area of his former employers. Depicted as a hunchback, this unknown man was once a railroad employee when the area still had tracks. However, it looks like he took his much-needed vacation leave, as he hasn’t been seen for over 20 years.

You have to appreciate the breathtaking, natural open spaces of a butte. The witches who gathered in this area surely have as they’ve practised some of their terrifying spells. Aside from them, the locals, dog-sized shadowy figures called ‘imps’, are known to ‘play’ with the visitors. They’re known to make strange noises, but no one knows what they’re talking about.

Many students have always said that ‘school is hell’. In this abandoned institute, it is. The hill near the institute is supposedly the centre of many Satanic rituals within the area. Since then, visitors have noticed that there have been strange rock formations, with bloody, animal bones covering its four walls.

The most terrifying things about this place include the shadowy apparitions roaming the school’s empty halls, and the continuous chanting and loud noises assumed to be from the ghastly spirits of dark spirits.

Multnomah Falls in East of Portland

A large, breathtaking land formation with a crystal clear waterfall, Multnomah Falls is perfect for picture taking, dates, and…a Native American woman’s sacrifice?! Yes, though gorgeous, these falls are known to have a terrifyingly dark history.

According to legend, this maiden killed herself to save her village from an upcoming epidemic. Today, her soul can be sometimes seen in the water or is seen walking around the place where she died.

A captain is nothing without their crew and this dark area knows that. After abducting sailors, loggers and other blue-collar workers, they were taken into Old Town and sold off to sea captains against their will.

The ghosts of Oregon are truly unique thanks to their cultured nature. Haunted by a benevolent ghost named Ralph McCormick, this theatre continues to be his source of entertainment and second chance at life. He’s often seen by the audience smoking a pipe and enjoying free performances. During dress rehearsals, he’s known to appear and reappear.

Some say that Ralph didn’t die in the theatre, however, due to his passion for theatre performances, when his soul left the mortal plane, he chose to stay in the theatre and enjoy the shows. He’s usually seated in rows 22 to 23 if you’re looking to find him.

Meanwhile, a prankster ghost is also present within the theatre’s halls. According to the theatre employee, Jeff Gardner, this unknown spectre is known to move around props, and play with the lights from time to time.